Mid-Isle Farms has proudly built its business on producing the highest quality Prince Edward Island potatoes for over 30 years. In October of 2014, hazardous sewing needles were first discovered inside potatoes by workers in Annan on Prince Edward island and additional needle contaminants were later found by consumers throughout the Atlantic provinces, triggering a massive recall of over 800,000 pounds of potatoes. Mid-Isle Farms acted quickly in order to protect their business, brand reputation and maintain its customer loyalty.

Mid-Isle Farms added an Eagle™ Pack 1000 PRO x-ray inspection machine with Material Discrimination X-ray (MDX) Technology to its production line enabling bulk contaminant inspection of every potato before final packaging. This technology not only allowed for foreign body detection within their facility, but has been applied to detecting imperfections within the potato, such as hollow hearts, ensuring every potato packaged is a perfect size and shape. Today Mid-Isle Farms has protected their brand and continues to produce and distribute safe high-quality potatoes. 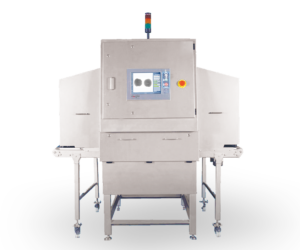 Designed for x-ray inspection of large boxes or cases of multiple, individually-wrapped products in the food, pet food, pharmaceutical and personal care industries.